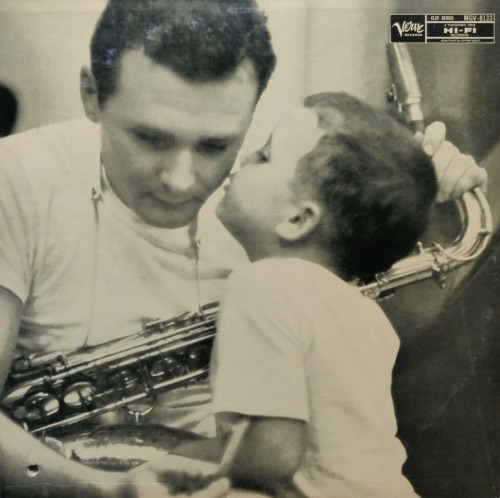 On December 12 and 29, 1952, tenor saxophonist Stan Getz took his working quintet into a studio in New York to record two 10-inch LPs for Norman Granz's Clef Records. They would be named Stan Getz Plays and The Artistry of Stan Getz. On piano was Duke Jordan, with Jimmy Raney on guitar, Bill Crow on bass and Frank Isola on drums. 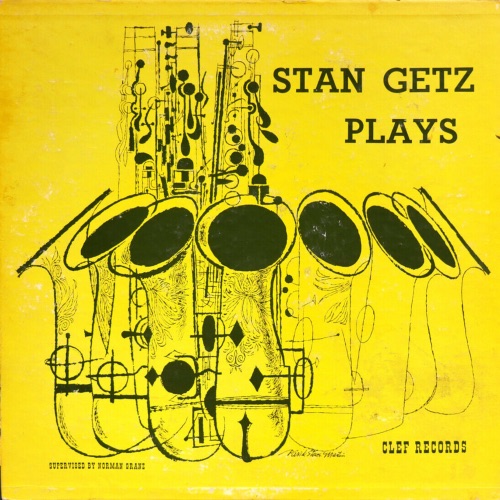 On the 12th, the quintet recorded Stella By Starlight, Time on My Hands, 'Tis Autumn, The Way You Look Tonight, Lover Come Back to Me, Body and Soul, Stars Fell on Alabama and You Turned the Tables on Me. On the 29th, they recorded Thanks for the Memory, How Deep Is the Ocean, Gigi Gryce's Hymn of the Orient and These Foolish Things. In 1955, Granz combined the 10-inch tracks on a 12-inch album called Stan Getz Plays, using the same cover as the 10-inch album. It featured a black-and-white photo by Phil Stern of Getz and one of his sons giving him a kiss. 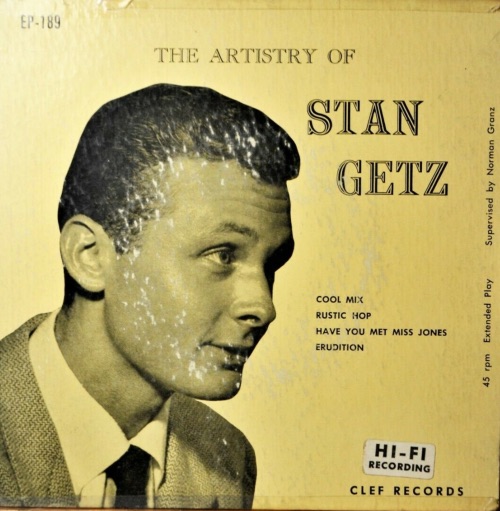 The sessions are notable for the the especially beautiful way Getz played throughout and for Jordan's captivating and inventive piano openings. But the recordings also featured the cool-toned, swinging guitar of Jimmy Raney, the heartbeat bass of Bill Crow and cushion-y drums of Frank Isola. Jordan's intros remain suspenseful, so much so that for me they're now part these songs. 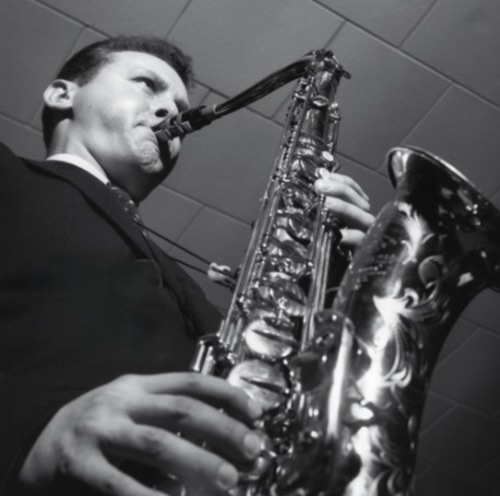 For example, Jordan's ascending, halting chords on Stella by Starlight, his skippy, bop intro on Time on My Hands, the descending chords on The Way You Look Tonight, the lavish figures that open Body and Soul, the unusual Street of Dreams-like opener on Stars Fell on Alabama, and the intro that seemed better-suited for Thanks for the Memory but is used here on These Foolish Things (Raney opened Thanks for the Memory). 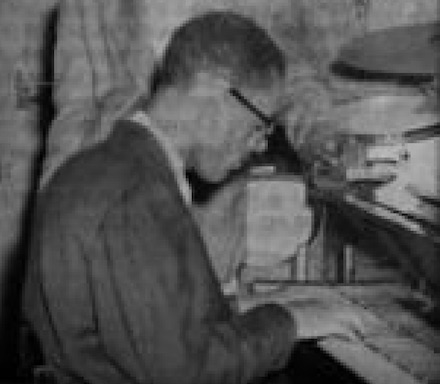 All of Jordan's intros set up Getz neatly, creating bop drama before Getz slides in with his suede-soft sound. These Clef tracks are among my favorite Getz recordings, and Jordan, Raney, Bill and Isola are fundamental to Getz's gentle tone. As Bill Crow noted yesterday at my FaceBook page, "When I was with Stan Getz, Duke was our pianist for a couple of months. I loved his playing." [Photo above of Duke Jordan in the late 1940s]

JazzWax clip: Here are all the tracks, starting with a seductive Stella By Starlight...